Michael Curran attended the 2013 BioBlitz at Elachbutting Rock Reserve. Around one hundred and twenty-five people participated in surveys at the small bush reserve situated 53km NE of Mukinbudin and 303km NE of Perth. Pseudoscorpions, scorpions, isopods, trapdoor spiders, platyhelminthes, millipedes and centipedes were collected and could include some new species! Great work volunteers and thanks to the organisers. 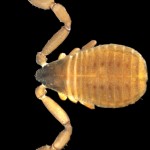 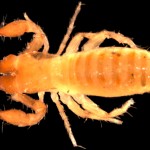